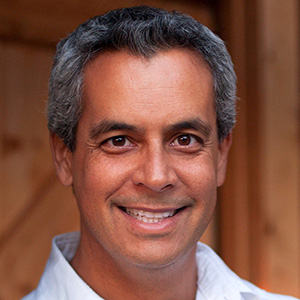 As CEO of Oceanhouse Media, a leading publisher of mobile apps that uplift, educate and inspire, Michel has developed over 600 apps with a combined total of over 20 million downloads.

Michel is a “digital tinkerer” at heart and is known for developing apps that drive personal and professional performance. One of these passion projects ultimately caught the eye of Marshall Goldsmith, the #1 executive coach in the world, who invited Michel to become a member of the MG100 pay-it-forward project. As part of this prestigious group, he is thrilled to be learning side-by-side the best executive coaches in the world.

He is also the CEO of Extality, which develops software solutions using virtual, augmented and mixed reality technologies. Michel found initial entrepreneurial success in the 1990s with Presto Studios, a videogame development company that produced numerous hit games including “The Journeyman Project” series and “Myst 3: Exile.”

Michel is extremely active in Entrepreneurs’ Organization where he currently serves as the Chair for the US West Regional Council. He has completed EO’s Entrepreneurial Masters Program at MIT and EO’s Global Leadership Academy in Washington D.C.