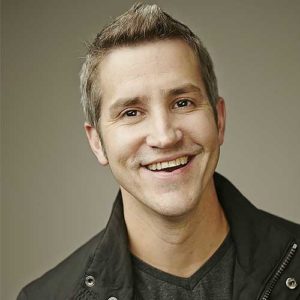 Jon Acuff is the New York Times Bestselling author of six books including his most recent, Finish: Give Yourself the Gift of Done.

For 20 years he’s worked for some of the biggest brands in the world to tell their story, including The Home Depot, Bose, and Staples. Most recently, he’s spoken to hundreds of thousands of people across the country for companies such as Microsoft, Nissan, and Comedy Central. Featured regularly on national media, Jon has been seen on CNN, Fox News, Good Day LA and several other key outlets. He’s also written for Time, the Harvard Business Review, Fast Company, Reader’s Digest, and MSNBC. Jon lives with his wife Jenny and two daughters in Franklin, TN.

Starting is Fun, but the Horizon Belongs to Finishers

According to a study conducted by the University of Scranton, 92% of resolutions fail.

That’s a staggering number considering how important goals are to carrying entrepreneurs toward new horizons.

What if we could do some simple things to improve how often we finished what we started? What if there unexpected things that were holding us back from being the leader we need to be? What if we could get more done in a world of bottomless opportunities and endless distractions?

Years ago, when he started his own business, Jon quickly realized that in order to reach new horizons, entrepreneurs have to continually reach new goals. He also suspected goal-completion was not luck or genetics. So, he commissioned a study with a PhD researcher to test what makes a person a CONSISTENT FINISHER instead of just a CHRONIC STARTER. For six months, they studied nearly 900 people as they worked on goals that mattered to them.

The good news is, the research shows you can learn to finish. It’s not a natural talent some people have and others do not. It can be taught. Not only that, it can be fun and it can be fulfilling.

Starting is fun, but the horizon belongs to finishers.

In this keynote, you will learn: