Global Leadership Conference (April 28 – May 1) – We are truly sorry to announce that 2020 Global Learning Conference (GLC) and GSEA Finals have been cancelled. Due to the major uncertainties our diverse, global membership and staff face with the unpredictable spread of COVID-19, we cannot ensure a positive and healthy event experience for all. We must stay focused on our top priority: the health and safety of our members and staff and their respective families. For more information, contact [email protected]. 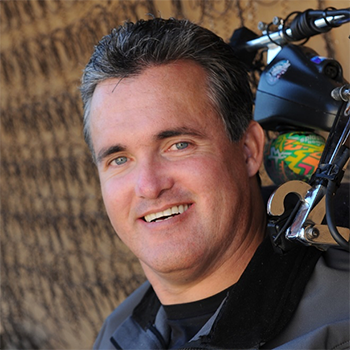 Martin Brown was born on a warm summer afternoon in the Mother City of Cape Town, South Africa.

His interests after high school led him into mechanical engineering and, after that, into the emergency medical field. He achieved National Colours in Acrobatics and was a member of the Acrobatic Federation of South Africa as well as being a provincial athlete and a professional ballroom and Latin dancer. In his second year of medical studies, however, Martin was injured in a freak diving accident which changed his life path forever.

In December 1997 (during his medical school break) Martin broke his neck and became paralyzed to the C4 level, a quadriplegic. He is only able to move his head. This limitation became an opportunity for Martin – the start of his business, born out of necessity.

Over the past 15 years, Martin’s business has become not only successful, but globally-recognized for designing and manufacturing custom-built, all-terrain powered wheelchairs. With a stick in his mouth and a crew that understood the company’s vision, he and his team worked diligently toward his vision and were awarded several entrepreneurial awards along the way.

By continuously reinventing the way he approached his life and the way his company approaches the current market, Martin has become a leader in his industry. He believes that he is where he is as a result of pushing boundaries – both he and his team strive to think beyond limits. Every year they introduce a new product on the market, keeping the company fresh and innovative. Building a globally-recognized company with only a stick in his mouth, he has now become a sought-after motivational speaker. His life lessons, combined with business lessons, makes him unique in the industry and recognized as an authentic and spellbinding speaker you won’t find anywhere else.

Session description
This amazing motivational speaker will take you on an eye-opening journey and leave you inspired. The incredible human potential of us, as mere mortals, to survive and excel is not always so evident. 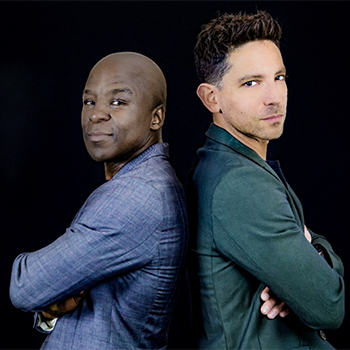 Danny K & Kabelo Mabalane have proven themselves to be far more than platinum selling, award-winning musical artists in South Africa. Having conquered the music business, the pair have transitioned into philanthropy and the pursuit of social justice, spearheaded by their NGO, Shout. The now decade-old organization has been responsible for building libraries across South Africa, helping thousands of children improve their literacy and numeracy skills.

Their latest project, Diversity 101, and its celebrated keynote, Worlds Apart Or Partners, invites you on the journey of their lives, where they share their radically different upbringings, cultures and experiences. They will show how, despite being worlds apart, they were able to come together and successfully build one of the most influential and widely-recognized partnerships in modern pop culture. Their unlikely story is used as a backdrop to address and highlight the many challenges brought about by South Africa’s diverse landscape.

Session description
An entertaining, enlightened and sober look at the state of South Africa as a country, people and business. The talk addresses some of the hardest-hitting and critical conversations needed in South Africa through song, storytelling and theory. The keynote will leave you inspired and challenged to access your humanity. 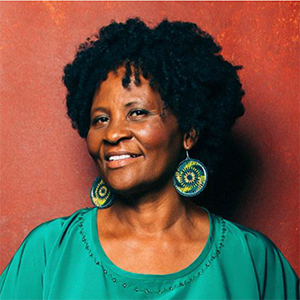